SocIoTy – Low-code programming for the Internet of Things

Welcome to SocIoTy! SocIoTy was a platform via which a virtual contest was held, where the participants were invited to find solutions for day-to-day scenarios, using the Internet of Things(IoT). The programming of the tasks was performed in the low-code platform NodeRed.

The internal structure of the SocIoTy platform is evident in the image below:

The main components are:

A snapshot of a simulated environment is the following: 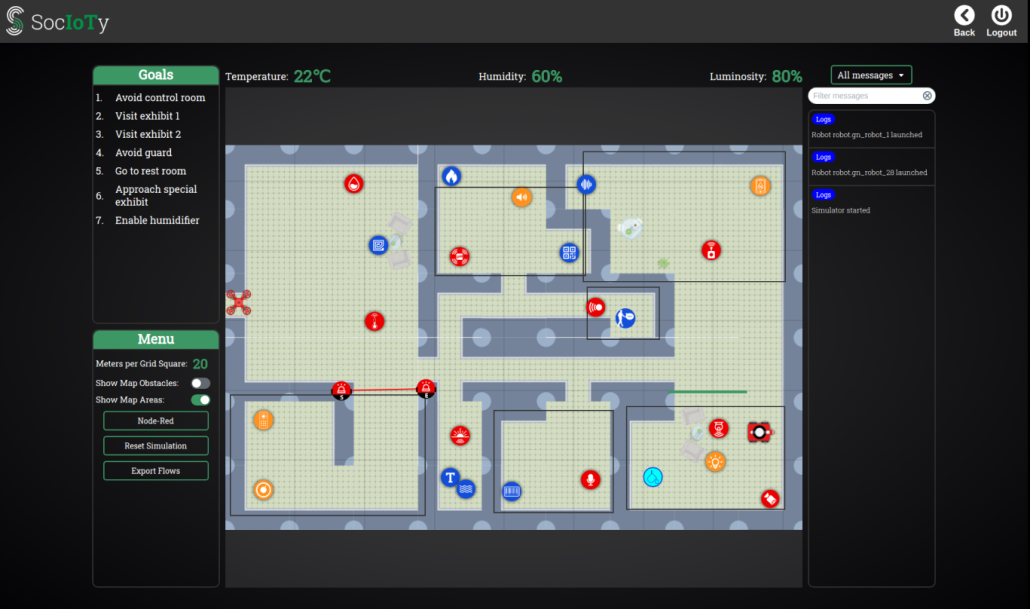 There, several actors were participating:

Each participating robot was equipped with predefined sensors and actuators, as evident below:

As aforementioned, the programming part was performed using NodeRed. Below an example of a SocIoTy application is evident:

An example of a deployed mission is evident in the video below: